The shipping industry is growing in confidence at AI technology’s capacity to run processes at container terminals and expects it to play a big role in operations in the near future.

In a survey by Navis, 83% of respondents expect to increase their investment in AI technologies within the next three years. A large proportion of participants also agreed that AI could be involved in automating processes at terminals, such as container handling equipment assignments (81%), decking systems (81%), recommended actions (69%), predicting gate volumes (59%), and stowage of vessels (52%).

Approximately 56% said they were either trialling technologies or carrying out research into AI capabilities. However, there is some way to go yet as just 11% confirmed they were already using AI in some capacity in terminal operations.

As for what they anticipate the biggest challenge to be with AI, 68% stated that it was a lack of skills in the technology. While around a third said there was a lack of cases that had proven the advantages for business. But as the technology is still relatively new, this is hardly surprising.

Although the survey asked a relatively small pool of 60 Navis customers, this can be taken as an indication that the industry is giving serious consideration to what AI has to offer.

In a separate development, Kawasaki Kisen Kaisha (K Line) has started a project to research into AI’s capabilities to improve the quality of shipping services. The research is being carried out in collaboration with fellow Japanese organisations Hiroshima University, Marubeni Corporation and the National Institute of Maritime, Port and Aviation Technology (MPAT). The project will use predictive models for maritime logistics and market conditions.

Caption: A number of ports, including Rotterdam, are exploring the potential of AI. –no credit needed.

Next year, Stena Line is rolling out an AI platform to cut fuel consumption on its fleet of ships.

Since 2018, the company has been experimenting with AI tech on the Stena Scandinavica ferry, which travels overnight from Gothenburg in Sweden to Kiel, north Germany. The company has been collaborating on this project with tech firm Hitachi.

These tests have proven that the platform can provide fuel savings of up to 3%.

The Stena Fuel Pilot AI software is able to predict the most economical route in terms of fuel consumption. Factors such as weather, currents, and other variations potential problems are taken into account and then the most efficient route is recommended.

The company has a set a target of cutting fuel consumption and carbon emissions by 2.5% per annum. Of Stena’s total running costs, 20% is spent on fuel. By the end of 2020, Stena Line plans to install the AI software on 38 of its vessels throughout Europe.

One of the most complex factors to predict is water currents, which Stena hopes to make possible by refining the AI technology. Stena’s ultimate ambition for AI is to create a system so precise that the captain can use it to plan routes in total confidence.

Stena Line aims to be fully AI-assisted in 2021. Areas where the company is already being supported by AI include administration, customer service and finance.

SenseTime’s system uses ultra-high-resolution cameras and a graphic processing unit (GPU) to automatically identify vessels in the surrounding area. It is intended to help improve safety and help stop large vessels colliding with smaller ones. It can also provide alerts to other hazards, particularly when visibility is poor. The image recognition technology could be used to monitor shipping lanes, as well as for security and coastguard operations.

The Chinese company developed the graphic recognition engine by combining AI deep-learning technology with MOL’s extensive maritime experience.  The system automatically collects image data, which MOL intends to use to refine the precision of the technology.

The system has been tested this year onboard MOL’s passenger line cruise ship, Nippon Maru. MOL plans to try the solution on other vessels as the company explores the development of autonomous smart ships.

SenseTime is currently one of the world’s leading AI start-ups. Previously, the company teamed up with Honda to develop self-driving cars. However, SenseTime’s products are unlikely to be launched in the US any time soon. The start-up has been added to the US Government’s Entity List due to national security concerns, amid the Trump administration’s trade war with China. 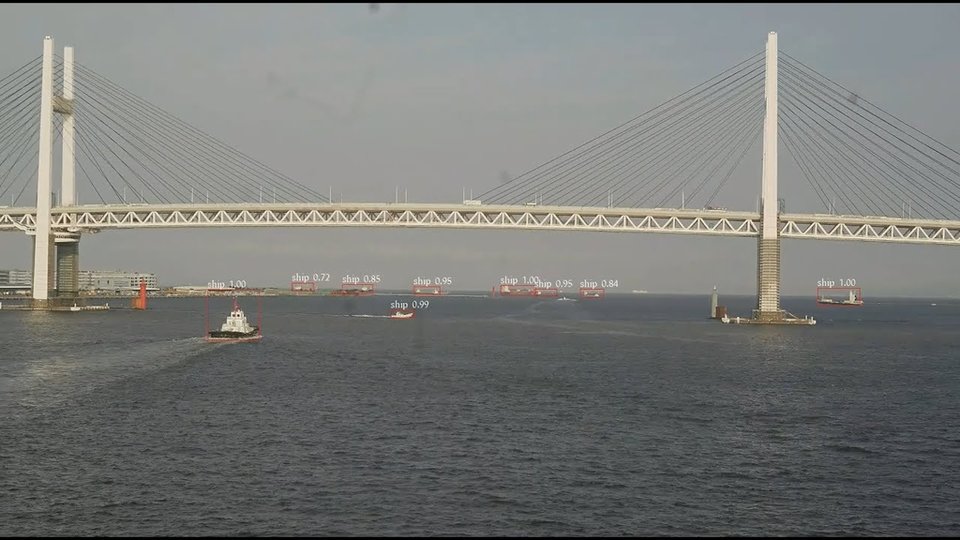 Navigation is one obvious area with potential for AI use in shipping and a number of systems are currently in development. Some use elements of image recognition and tracking software, alongside IoT connectivity. AI can be used to analyse multiple navigation scenarios.

Orca AI is one such AI navigation platform being developed. The company’s solution combines sensors and cameras with deep learning algorithms. It is able to locate and track other vessels on the water and take action to avoid collisions.

Meanwhile, Wärtsilä subsidiary Transas’ Navi-Planner is an AI platform that uses machine learning to optimise voyage planning. Safe navigation routes are automatically created according to the latest charts and environmental information available. It records any near-misses and other incidents that occur during voyages. The system will also be able to adjust routes and speeds to ensure arrivals take place on schedule.

Not surprisingly given its heavy focus on AI, Stena Line has also developed its AI Captain solution for ship navigation. It is able to recalculate routes during voyages when it receives information to say there is an issue with the present route.

Perhaps the ultimate goal for artificial intelligence in shipping is to enable vessels to operate unmanned. This is expected to take a leap forward in 2020.

In September, the Mayflower Autonomous Ship (MAS) will leave Plymouth in the UK and head across the Atlantic to Massachusetts, US. It will be a very similar route to the one taken in 1620 by the first European settlers in the US, exactly 400 years previously.

The difference this time is that there will be no crew onboard, with tech making decisions on route planning and hazard avoidance. The trimaran vessel will use equipment such as radar, GPS, cameras, satellites, sensors and LIDAR for the voyage, with AI systems provided by IBM. A deep-learning system will enable data gathering and analysis during the voyage.

In case of an emergency, the ship can make a satellite call back to the UK for assistance. MAS will get its power from solar and wind, with a diesel engine for backup.

Elsewhere in the industry, Yara Birkeland is an automated container ship being developed by Kongsberg and Yara. It is also fully electric.

Yet one of the biggest issues with automated ships is economics. The sheer amount of tech required for a fully automated container ship isn’t going come cheap. The Yara Birkeland is estimated to cost around $25m, which is three times higher than a container vessel of equivalent size. Furthermore, with no-one on board, it could make them a target for opportunist pirates.